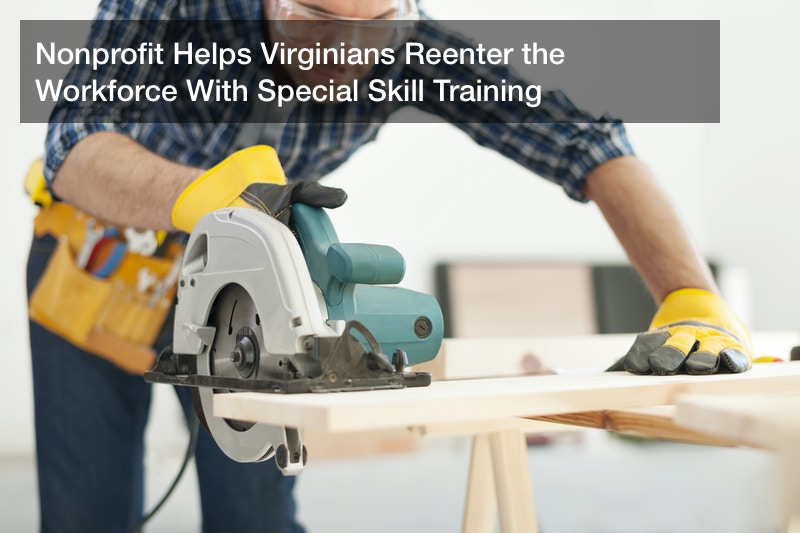 The COVID-19 pandemic has had a tremendous impact on the workforce. Countless industries have been affected by the pandemic forcing non-essential businesses to close down, either temporarily or permanently. This has led to employees being laid off or furloughed, while those who have maintained their jobs have suffered from cut hours and pay. The state of Virginia felt that impact just like every other state in the nation, which is why Glenn and Suzanne Youngkin felt the need to take action by founding Virginia (VA) Ready.

VA Ready is a nonprofit organization with a specific interest in getting Virginians back to work as quickly as possible. The Youngkins recognized the fact that though thousands of Virginians were suddenly jobless, there remained thousands of job openings across the commonwealth. The issue was that many of those who needed jobs did not possess the specialized skills needed to apply for those job openings. Those jobs required certain skills acquired, in many cases, through trade school training. The Youngkins brought six people together onto the board of VA Ready, with the specific purpose of solving this problem.

August brought the first group of students to VA Ready, enrolled in programs focusing on technology, healthcare, and skilled trades. As jobs in these fields already existed in Virginia well before the pandemic, it made sense that jobless individuals should train to fill such positions. The reason why VA Ready was able to make the program work so quickly was in part because it partnered with the FastForward program, which had already been established previously in order to pay two-thirds of students’ tuition fees. Furthermore, VA Ready worked in tandem with 23 community colleges across the state. These schools were already more accessible than private schools and even state universities, but VA Ready made them even more attainable.

What is The Purpose of VA Ready?

The particular goal that VA Ready addresses is ensuring that Virginians are able to attend trade school training among other programs in order to be certified as quickly as possible. This way, individuals can get jobs in fields that they otherwise would not be able to previously. It’s important to note that individuals do not have to be unemployed in order to benefit from VA Ready. Underemployed people can also benefit from the nonprofit. Many people can find work, but are not necessarily able to find work that offers them steady hours and good pay. VA Ready offers them the ability to find consistent work for the long term, and potentially start new careers as well.

The interesting prospect that trade school training and other certification programs offer is the ability to move up a previously unexplored ladder. Those who previously did not work within the healthcare field could begin in a more basic job. Over time, those within that field could move up the career ladder and even acquire more training, potentially becoming even more highly qualified. Not only does VA Ready offer resources, but potentially a new future for those who are currently unemployed or underemployed. 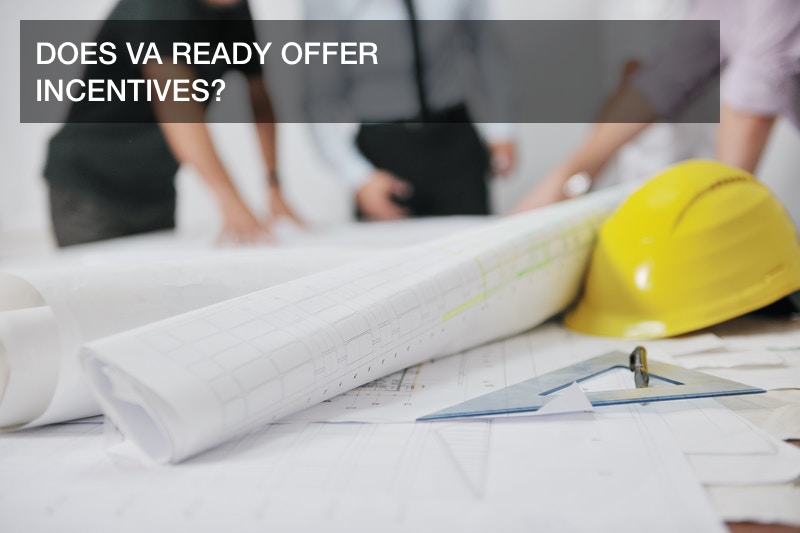 Those that are underemployed in particular might find the prospect of attempting to find a new career path daunting. This is why VA Ready offers them additional incentives to enroll in trade school training and certification programs, aside from the possibility of a new career. Everyone considering VA Ready is offered a $1,000 Credential Achievement Award provided they meet certain criteria.

Fortunately, those criteria are fairly straightforward. All the candidate must do is complete one of VA Ready’s 34 offered programs, and upon completion mail their certificate to VA Ready. Subsequently, they will receive their award. It should come as no surprise, then, that the program has already experienced significant success. Following its first round of students in August, nearly 1,000 people have signed up with VA Ready. An estimated 75 to 100 students enroll each week. It could very well offer new opportunities to 15,000 Virginians across the next few years.

Interested parties can visit www.vaready.org. VA Ready furthermore offered partnerships to interested businesses that need new employees. Everyone from healthcare providers to construction companies can potentially benefit from VA Ready, ultimately allowing both employees and employers to gain from the program.

What VA Ready signifies is a need for increased focus on trade school training. In the past, attending trade school was something of a norm. People would take on apprenticeships and become qualified within specialized fields. This allowed them to access jobs within these fields in a competitive manner, ultimately becoming skilled in a way that a lot of people typically can’t be through a university education. Generally speaking, however, it’s become more difficult for people to attend trade schools. Organizations like VA Ready making that attendance easier simply makes it easier in turn for people to begin new careers and potentially leave old ones if need be.

Why Are Trade Schools So Important? 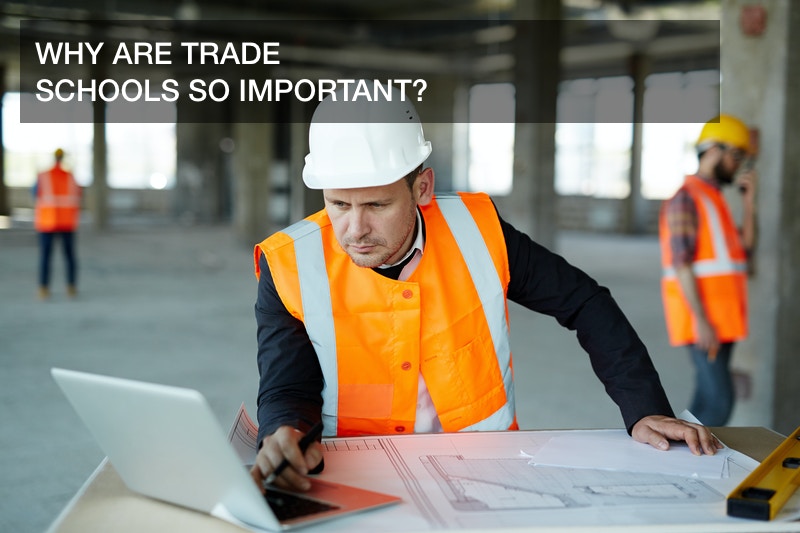 Technically speaking, people do not always need to enroll in trade school training in order to follow the career paths in which they are interested. Certain states and professions will allow people to apprentice under individuals rather than enrolling in a program. But this often allows for more room for error. If you are taught by one person, it’s easier for you to become accustomed to making certain mistakes without realizing it; if you are taught by a board of people with a more rigorous certification process, you will be more qualified by the program’s end.

While an academic education typically focuses on more theoretical concepts that can potentially be applied towards a field in the future, with most students climbing the professional ladder over time, a trade school training allows for immediate work. For example, someone who enrolls in a trade school program that focuses on contractor work does not need to wait before jumping into work after they’re certified. They can immediately begin working on, for example, professional window and door installations after they become fully qualified.

For that matter, it’s simply important that people have these options. Not everyone is interested in the idea of attending a university in order to receive an academic education. Some people prefer to work with their hands, or pursuing practical interests that they’re passionate about. If you love cars, enrolling in a trade school to become an automotive repair technician could fulfill your goals while also giving you a viable career. A university education is also rather expensive, and even those that do want one aren’t always able to afford it. Trade school training is a viable alternative that will allow you to begin working immediately. Trade school graduates are able to enter their careers without extensive student loans and focus on building their careers quickly rather than over a significant period of time. 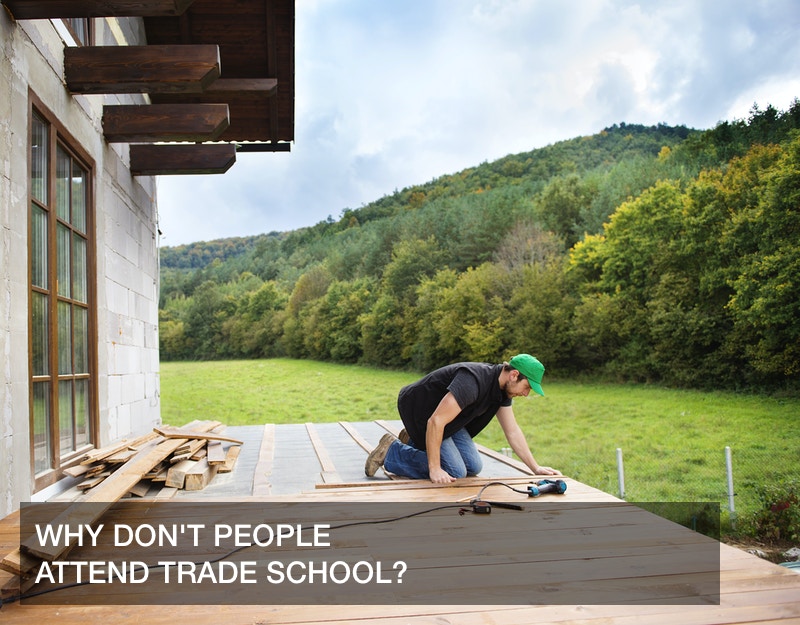 Trade school was once the norm, with people learning how to insulate pipes and perform other practical tasks right out of high school. A poll conducted by NORC at the University of Chicago revealed that 79% of all parents believed that their children would be more prepared for the future if they were given the chance to study a trade in high school. Some high schools still offer trade school training to their students. In different countries, this is still the norm.

What occurred within the United States was a promotion over the decades of universities. Initially, university educations were also more affordable, which made them more comparable to trade schools. When those programs were comparable, it became more of the norm for people to attend universities rather than attending trade school. A stigma also grew among some circles surrounding trade school. There became an air of superiority associated with a college degree. But as those degrees grew more common over the years, that air of superiority diminished. Many degrees also do not yield themselves to immediately usable careers, which means that lots of people graduated from college after four years with immense student loan debt and low-paying jobs.

But though trade schools are quite appealing to many, they aren’t immediately accessible to all. A trade school program costs significantly less than a four-year degree from a university. In fact, an education from a trade school often costs as little as third of a the amount an undergraduate degree would cost at a public or private university. However, that’s still thousands of dollars that you would need to find the funding for. Hence, the existence of organizations like VA Ready.

How Do Nonprofits Help People That Wish to Learn Trades? 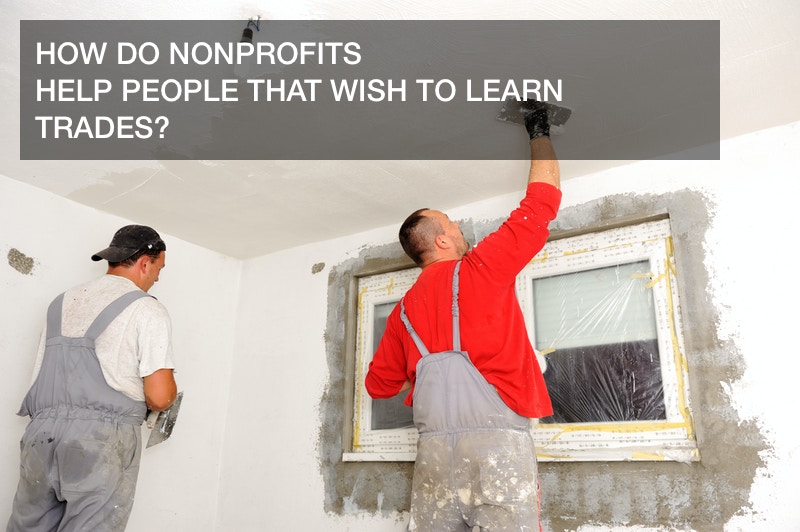 Nonprofit organizations can help individuals that want to enroll in trade school training, offsetting the cost of their education while at the same time helping people find the career paths that would be best for them. Nonprofits like VA Ready are often local, which means that they focus on facilitating trade school programs that are specifically effective within fields that are more needed within specific areas. Students need to enroll in programs that are more applicable within their specific areas, after all. If an area doesn’t see a lot of coverage by helicopters, it probably wouldn’t be ideal for those living within that area to attend trade schools that train them to become mechanics installing Black Hawk replacement parts.

This is one reason why VA Ready offers healthcare-related programs. Virginia is home to several major healthcare systems, like Bon Secours and Sentara. Therefore, there are plenty of opportunities available for qualified individuals; quite often, there is a surplus of jobs available within that field. These are the types of situations that nonprofits attempt to focus on, as it’s also easier for them to receive cooperation from corresponding businesses.

Nonprofits can also help students identify the trades that would be most suited to their natural interests and abilities. For example, those that aren’t very interested the labor involved in working with machinery and heavy equipment probably won’t benefit much from learning how to perform compressor oil analysis or use various compressor measurement tools. If a potential student has already obtained a university degree in the past, the nonprofit they’re working with could help them determine whether or not that degree could be applied to help them through trade school.

These nonprofits can also potentially make trade school more accessible at a younger age. By making their services available to those who are still in high school, such organizations can make their options available before students take on loans. One of the issues that need to be considered by everyone considering trade school is whether or not they’ll be able to commit to the career that they’re considering at least long enough to give it a solid chance. Although you can begin working immediately within a field after attending trade school, it still requires time and effort as you build your reputation. Nonprofit organizations can make sure that students are fully aware of their options and what those options entail before they commit to a plan.

What Are The Top Trades To Learn?

Again, every trade is going to vary in viability depending on where you are and your specific skills. Generally speaking, some trades tend to offer more success than others. Some of the top trades include that of licensed practical nurse, as well as HVAC technician and home inspector. Plumbers and electricians also tend to be more successful, with careers that could last for decades.

At the same time, there are some less obvious trades that potential students should consider. Whether you’re interested in becoming a respiratory therapist or a kitchen remodeling contractor, there is likely a trade school available for you, and quite possibly a nonprofit that can help you achieve your goals. It’s important that you explore the possibilities surrounding nonprofit organizations before committing to paying for a trade school education entirely on your own or push it off entirely. You may be amazed by how much of your education could be covered by such programs.